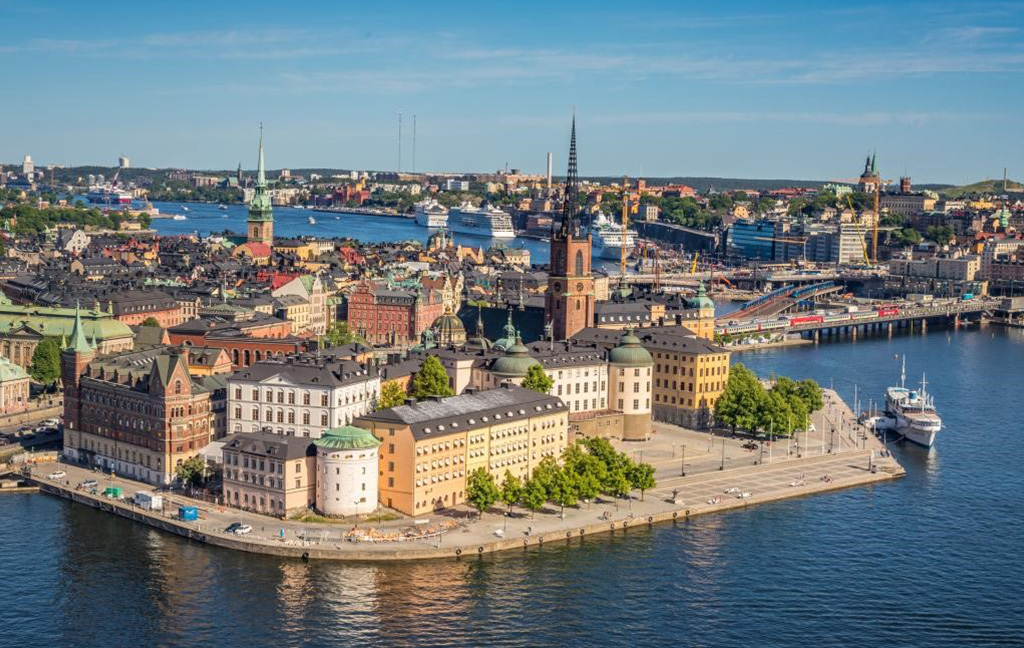 Geographically Sweden is one of the biggest countries in Europe with almost 100,000 lakes and over 200,000 islands, although less than 1000 of these are inhabited. Bordering Norway and Finland and connected to Denmark via a series of bridges, it sits at the centre of Scandinavia.

The countries capital Stockholm encompasses 14 islands and more than 50 bridges offering a a vibrant culture of music, theatre, dance and film, like the other larger Swedish cities. Stockholm is also the location of the New Zealand embassy for the Nordic Region.

The Swedish and Scandinavian approach to life is very similar to New Zealand and Kiwi’s lucky enough to spend time there always enjoy the experience.

Sweden is a Constitutional Monarchy with His Majesty Carl XVI Gustav as the king and a Social Democratic – Green Party coalition government, similar to NZ, led by prime minister Mr. Stefan Löfven. Elections are held every four years and the divides tend to be less sharp than in many other countries.

New Zealand and Sweden have a tradition of friendly and cooperative relations. Our countries share similar outlooks on global issues, including trade, agricultural reform, disarmament, human rights, and the environment.  There is room for expanding trade between the two countries despite the fact we are at polar ends of the world, especially in the growing services industry.

In any positive ranking of countries around the world, Sweden tends to be at the top, or very near to it, on most measures including one of the ten easiest countries to do business in globally. It is known as a good, fair society where business thrives, and despite a relatively small population of around ten million, a large number of successful companies have Swedish origins.

Globally recognised names like Ikea, ABB, Volvo, Scania, Ericsson, SKF, Alfa Laval, Tetra Pak, H&M, Atlas Copco, Sandvik and many more originated wholly or partially in Sweden. There is a great entrepreneurial spirit in the country and Stockholm is a high-tech and IT hub. Although the national language is Swedish, virtually all professionals have a high command of English.

The Swedish trade to GDP ratio is 86 per cent, similar to Germany (compared to 52 per cent for New Zealand). As a small population in a big trading block, the Swedish GDP per capita is around US$ 51,000, just below Australia’s and 25 per cent above New Zealand’s. It is easy to start a business and the Swedish society operates under the rule of law and with a high level of trust. The density of lawyers is much lower than the US or UK as contracts and agreements do not require legal input to the same extent.

For any New Zealand companies looking for a European connection the soil for beneficial cooperation between New Zealand and Sweden is very fertile and the rewards are there for the taking.

Sweden is a member of the New Zealand Europe Business Council – nzebc.org.nz
Frank Olsson, Honorary Consul for Sweden in Auckland.