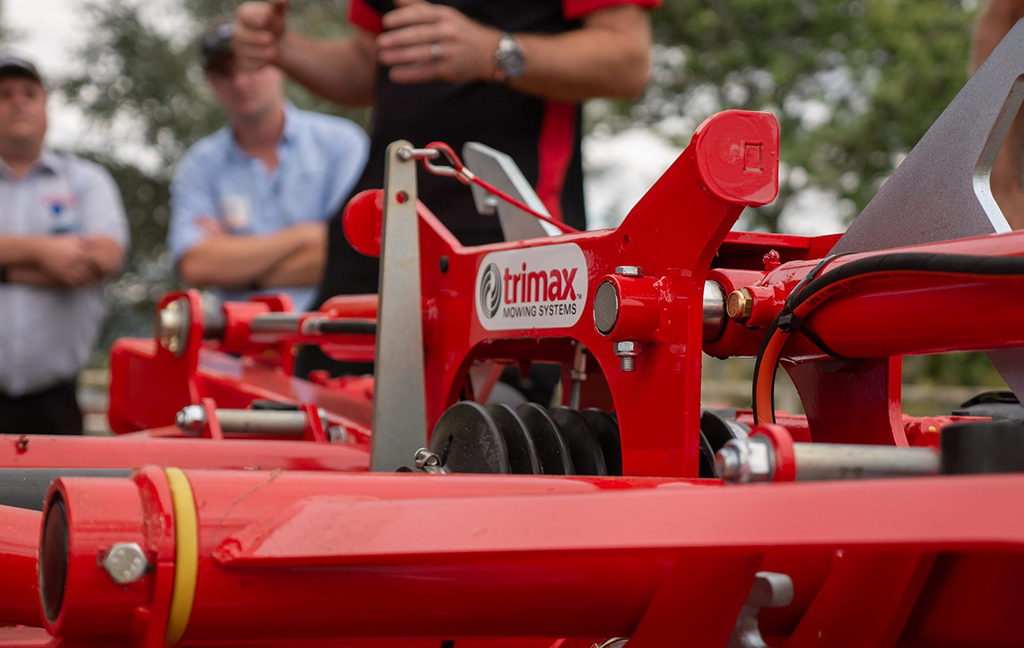 Tauranga-based Trimax Mowing Systems is marking its 40th anniversary of operation in 2021 with the release of a new brand video, sharing the story of the company’s past and looking into the future.

Trimax was founded in 1981 by Bob Sievwright, a New Zealand engineer and salesperson with family roots in agriculture and a passion for high-performance machinery. While working as a salesperson, Bob developed the Gamma Flail, an innovative aerodynamic mower flail which would simplify manufacturing processes and increase operational efficiency as compared to then-contemporary welded flails.

Bob gained his first customer after six weeks of development: Southern Engineering in Tauranga, New Zealand. Unfortunately, the arrangement only lasted a month before Southern Engineering burnt to the ground. In a bold effort to keep the Gamma Flail on the market, Bob bought out the remains of the business and made a deal with another local flail mower manufacturer, Gamman Engineering, combining them to form the beginning of Trimax Mowing Systems.

Bob’s determination to produce results that would lead to the success of his customers set the stage for Trimax’s success. Each problem was a potential opportunity approached with a curious and humble attitude, emphasizing the importance of fully understanding both the customer and the issue before working together toward a solution. “Investment in our customer relationships has supported the growth of our own business,” says Trimax CEO Michael Sievwright.

Today, Trimax has manufacturing, assembly, and warehousing facilities in New Zealand, Australia, the United Kingdom, and the United States. Michael says, “Trimax has had to learn to adapt to each of our different markets. We learned that we needed to design products to suit market-specific needs and preferences, relying on our technical foundations and pillars of culture to guide our connections to our customers.” Trimax’s rotary and flail equipment is now a market-leading mowing solution around the world and can be found on such high-profile turf as England’s Silverstone Race Circuit and US PGA Championship courses.

Looking to the future, Trimax will continue to build on those foundations and pillars to advance into the digital age, making smarter and more responsive systems and investigating the opportunities offered by emerging technologies such as automation and electrification. “We’ve had 40 years of innovation which challenges the status quo. Thinking outside the box is something we’re good at because we’re driven to find better ways forward,” says Michael Sievwright. Watch Trimax’s brand video, “The Trimax Story,” on the Trimax Mowing Systems website at www.trimaxmowers.co.nz/our-story