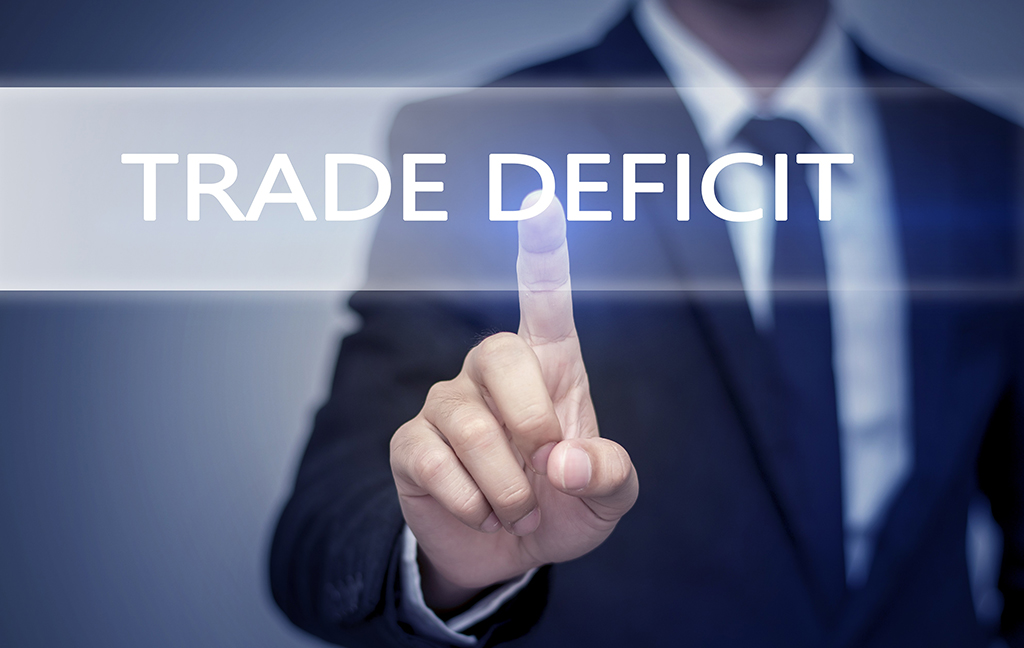 Trade deficit does it really matter?

Trade deficit: does it really matter?

After many years, New Zealand has registered a trade deficit in the first quarter (Stat NZ), probably setting the tune for the entire 2021. For the former President of the U.S., Donald Trump, trade deficit is bad news showing that the rest of World is stealing from us.

As negative as it may sound, ‘deficit’ is the outcome of a basic arithmetic operation and its interpretation depends on how you couple it with (a deficit of sorrow sounds as welcome as a surplus of happiness).

Trade balance refers to the difference, in value, between export and import in a specific time period. Colourful containers piled up in vessels, ports and inland depots are the vivid evidence of trade in goods. However, services are traded too such as tourism, education, accounting. In some cases, foreigners need or prefer to physically enter the country to experience the service (eg, exploring the Fiordland National Park), in other cases they can do it remotely (eg, participating in one of the author’s bi-dimensional lectures).

So, after these preliminary considerations, in what follows you find some information relevant to the question in the title. 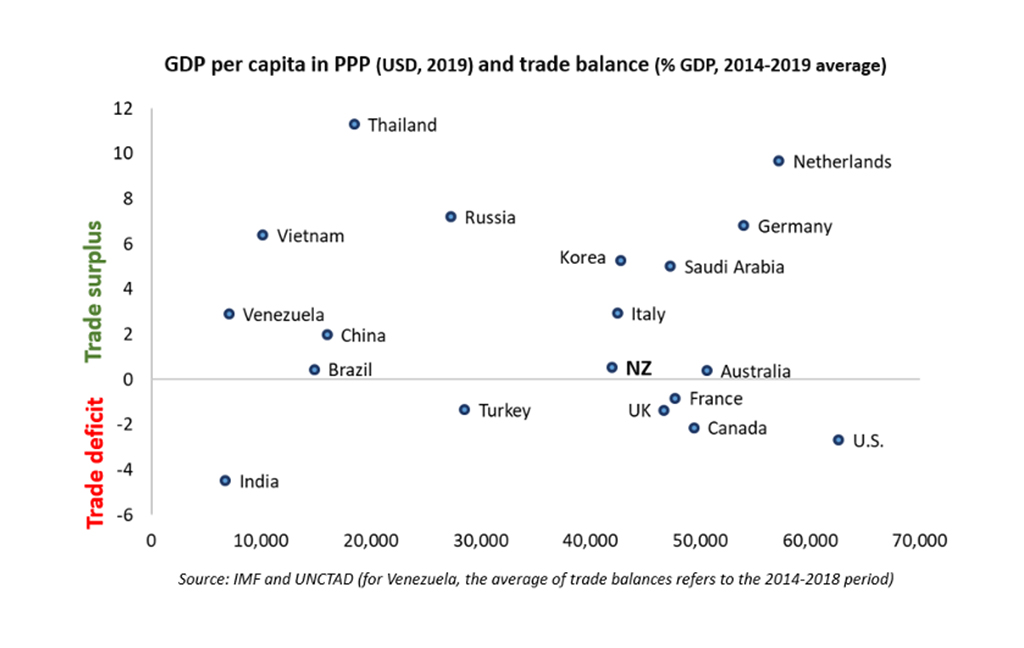 First, trade balance – either a deficit or a surplus – is not a good indicator of overall economic health. See for example the figure above in which we plot GDP per capita in purchasing power parity and the average trade balances for a sample of countries.

Second, households, businesses, and government may prefer foreign products because of their price and quality, or simply because the same products are not provided domestically.

Third, a country that runs a trade deficit spends more money than all the households, businesses, and government can bring together. How can a country buy from the rest of the World more than it can sell to it? If you spend more than what you earn, you can only afford that using your personal savings and/or asking for an external financial help that, for example, may come in the form of someone’s donation or a bank loan. Same goes for a country. In order to pay for that extra import, that country needs money coming from overseas. It can be either payments on a foreign asset held by nationals (eg, a rent on an apartment abroad) or foreigners buying national assets – such as bonds and stocks – or creating business in the same country, ie, the so-called greenfield foreign direct investment.

Fourth, the abovementioned former POTUS made Germany, Mexico, South Korea and China the most cited villains of his Twitter-y literature because of the significant trade deficits that the U.S. recorded vis-à-vis with each of them. However, bilateral trade deficits matter as much as your balance with your local supermarket and your dentist. You regularly buy from them, but they have never bought anything from you! As every country specialises, according to what David Ricardo named ‘comparative advantage’, we do the same in buying from others what we do not produce ourselves, hoping that someone is running a trade deficit with us (probably our employer). So, bilateral trade balances cannot be a serious economic concern even when they are not calculated taking into the effective value-added generated in every country whom are part of the value chain.

Fifth, a government may still find it embarrassing to show a trade deficit and wants to reduce it with tariffs on imported goods. A student of Economics 101 can easily explain how the new tariff revenues for the government are generally smaller than the net damage induced to the domestic economy even factoring in the cheerful newly-protected manufacturers. Moreover, the fall in capital inflow from abroad (that mirrors the reduction in trade deficit) may require more domestic resources to finance investment. This means higher interest rates and a crowding out effect that reduces private investment. Thus, with a smaller trade deficit, the benefits for the protected manufacturers may be offset by the negative impact of higher interest rates on the overall domestic economy.

Finally, now we know that a country prone to run trade deficits is likely to be borrowing from the rest of the World. In order to understand if that is good or bad, the relevant question is: what is the borrowed money for?

If a country invests in activities that generate a yield above the cost of borrowed money, that debt is welcome and foreign investors are glad to keep on lending to you (especially if you are the U.S. with a currency that is a global reserve). If instead lenders are not convinced that borrowed money is used virtuously, and that negatively affects the probability of having their money back, they may ask for higher yields. This translates in higher financing cost for the recipient country thus making more expensive, for example, new investment and the rollover of sovereign debt.

Therefore, the answer to the initial question, as in 99 percent of the cases of the replies given by economists, is: it depends (and please do not ask me about the remaining one per cent).