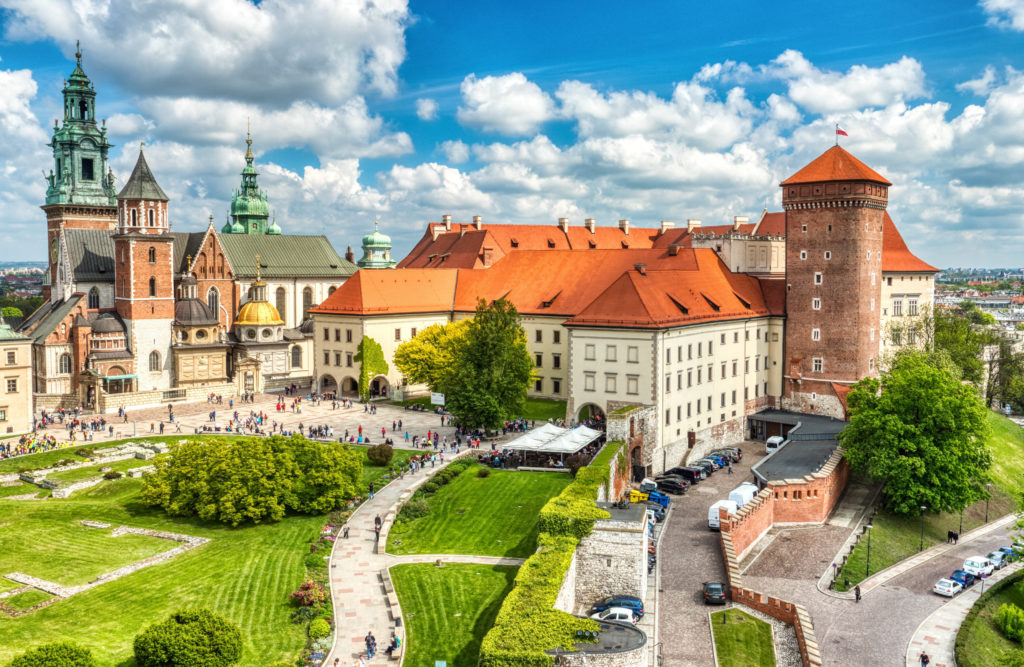 Poland’s location in the very centre of Europe and bordering seven different countries offer a number of advantages for business expansion, giving access to 250 million consumers within a 1,000km radius. Numerous airports and seaports, the network of roads and motorways which is constantly being developed, as as the east-west and the north-south transit routes which cross Poland’s territory, means that the transport of goods is possible all over the world.

Accession to the European Union in 2004 confirmed the success of Poland’s effort and indicated a development path that was leading towards the level of Europe’s most advanced economies.

In 2018, Polisg GDP per capita was 81 per cent, higher than in 2003. The country’s economy is one of the fastest growing in the EU. Since joining the EU single market, the value of Polish exports has come to exceed EUR 200 billion per year. This year Poland’s GDP will exceed $600 billion. When looking at GDP PPP it is worth over 1,270bn USD. It is generated mainly by the service sector (54.7 per cent) with roughly the same percentage of workers operating in that field. Agriculture might employ just over 10 per cent of Poles, but it generates only about 2.5 per cent of GDP, while industry generates 40 per cent of GDP and employs 30 per cent of the workforce. A recent revision to Poland’s GDP forecast for 2019 has put Poland 4th in the world behind China, India and Indonesia according to the OECD. In 2018, total stocks of foreign direct investments in the country stood at 231.8 billion USD.

Thanks to entrepreneurs, Poland has succeeded in entering entirely new fields. On the basis of the chemical industry, a modern cosmetics sector has developed. Traditional textiles have transformed into a movement of hundreds of small brands, designer workshops offering clothing which competes with huge global chains. The shipyard industry found a business strategy and a role for itself after problems it was struggling with for years. One of the biggest booms is observed in the Polish IT sector. Growth in education gave Poland a strong position in fields like computer games and the Internet of Things.

Poland plays an increasingly important role on the European arena as a producer of electric buses. Every second vehicle of this type sold on the EU international market and every third exported outside of Europe comes from Poland. Polish companies have already claimed about 10% of the global 3D printer market and Polish biotechnology exports are worth 1bn PLN annually. The potential for development is still high.

The furniture sector is highly competitive and largely export driven. Poland is the currently the fourth largest exporter of furniture in the world and sixth largest on a global scale. The country is also the biggest exporter of final fix joinery products among all EU members and is ranked 2nd in the world. The construction and real estate sectors are booming, driven by infrastructure projects as well as growing business activities and expansion of global service centres in Poland, with bin international companies relocating part of their operations to Poland.

The strength and resilience of the Polish economy can be attributed to its large domestic market, early and deep economic reforms and prudent policies with consistent EU strategy being the top priority, serving as an important discipline for political and economic integration. A vibrant entrepreneurial landscape of small to medium-sized enterprises benefiting from a big domestic market and strong competitive advantage in neighbouring European countries is also an important source of growth.

It is very encouraging that a significant increase in our mutual trade is experienced. Many products brought form Poland to New Zealand are our best sellers. Polish export is dominated by electromechanical industry products. Polish companies provide New Zealand with chemical and a great selection of food products (pork meat), car parts, medicines and furniture.

The Free Trade agreement currently being negotiated between the European Union and New Zealand will undoubtedly create new opportunities for trade enhancement and therefore Poland is a great supporter of the FTA. Helpful is the promotion of trade benefits the polish-New Zealand Business Association POLANZ, established in 2015 under the patronage of the Polish Ambassador.