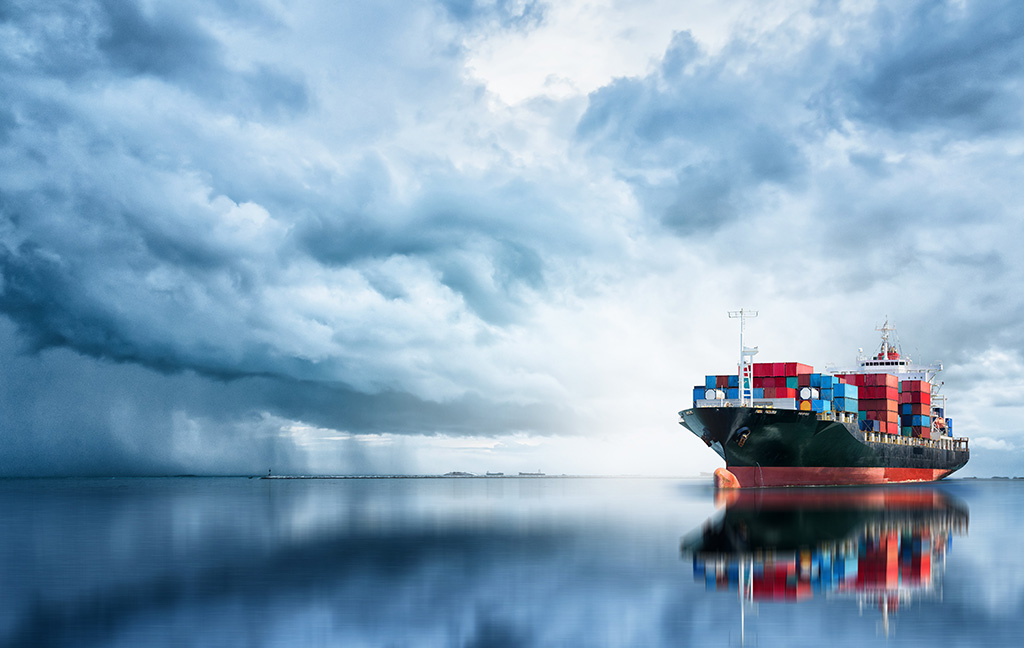 According to Economic Development NZ’s Dr David Wilson, New Zealand can emerge relatively unscathed from the COVID-19 pandemic if businesses focus on being connected, responsive, adaptive and fleet-footed in a joined-up NZ Inc. approach.

Dr Wilson’s advice is particularly relevant for the export realm.

As one of only a small number of countries that responded quickly and successfully to the pandemic, financial services company Standard & Poors Global predicts New Zealand will  suffer the least recessionary effects in the Asia Pacific region with a 2.7 per cent cost to its real GDP over the next two years, slightly less than the cost to Japan and Australia.

This is thanks to a comprehensive lockdown and well-targeted economic stimulus package.

In light of Standard & Poors expectations, if New Zealand exporters, service providers and investors follow Dr Wilson’s advice, they will be well-placed after the pandemic to play an important and profitable role in the new international trade and foreign direct investment paradigms, which are already evolving out of the economic wreckage.

That fundamental change afoot is undeniable as national lockdowns and closed borders across the world exposed how fragile the global economy had become based on a reliance on incessant consumption and the dependence on far-flung manufacturing hubs and cheap labour.

The pandemic triggered the sharpest and deepest economic contraction in the history of capitalism according to King’s College economist Alfredo Saad-Filho, who has noted how prevailing neoliberal nostrums of light regulation and fiscal austerity have gone out the window faster than you can spell ‘bankruptcy’, as bankers and free-marketers of every hue are demanding unlimited public spending to save their bacon.

In its latest World Economic Outlook, the International Monetary Fund (IMF) says that the future of the global economy, given the unpredictable path of the coronavirus, is “steeped in pervasive uncertainty”.

In its best estimate, the IMF is predicting world GDP will shrink 4.9 per cent over the next two years in the biggest slump since the Great Depression. Based on the 300 million jobs lost in the second quarter of 2020 alone, there is an expected total loss of US$12 trillion from the global economy.

In the coming year, the IMF expects Argentina’s economy to shrink by 9.9 per cent, Brazil by 9.4 per cent and Mexico by 10.5 percent with Latin American GDP as a whole shrinking by 9.4 per cent.

Despite the huge decline in travel and tourism the pandemic has caused in Latin America (an expected US$110 billion hit), the region’s diverse cultures, amazing geography and dynamic cities ultimately hold the key to its post-pandemic economic recovery.

Building new infrastructure while improving existing assets is the fastest way to resuscitate Latin America’s tourism sector, as will making it more competitive by increasing its technological capabilities.

New Zealand software and IT companies can play a part in providing technologies such as contactless payment and ticketing options in airports, buses and subways, which apart from saving time and money, allow passengers to avoid touching surfaces that may harbour disease, an important feature in current times.

Beside user-facing aspects of infrastructure, technologically transforming the development and operation of infrastructure assets themselves, is another area of opportunity for New Zealand software and IT companies to help improve quality and decrease costs across asset lifecycles.

Demand for communication technology will increase as SME’s move their businesses online and with remote working increasing exponentially across the globe, investment in digital infrastructure will allow Latin America to take advantage of the increased mobility of workers, which will lead to longer stays in-country and more money for local economies.

The depleted coffers of Latin American governments are paving the way for an upsurge in public-private partnerships (PPP) for which foreign investment and expertise is being keenly sought by public entities to finance, build and operate infrastructure projects.

PPPs have already been successful in a number of Latin American nations with the most recent being Colombia. Its ‘4G’ toll road program is leveraging public-private partnerships to build 5,892 kilometres of roads at a cost of $24 billion, which will open up entire new areas of the country for tourism, while reducing commercial transport costs by 28% across the board.

Excepting the contentious privatisation of water, which has been a debacle, Chile has a successful track record of PPPs and in late 2019 the Chilean Minister of Economy, Development and Tourism, José Ramón Valente, announced a new plan for 60 PPP projects worth a total of $14.6 billion including 22 road projects.

Chile is looking for two types of investors; firstly, investors such as investment funds that have an appetite for long-term investments with rates of returns higher than those offered by government bonds, and secondly construction companies for individual projects, which companies can join with a reduced level of equity with investment funds providing the balance of financing.

In Mexico the National Infrastructure Fund (Fonadin) is one of the most powerful Mexican government agencies, managing the development of national infrastructure via PPPs and focusing on highways, ports, airports, environment, urban mass transportation, water and tourism and has arguably overseen the largest investment in PPPs in the Western Hemisphere.

Fonadin’s mission statement outlines their broad financial support of two types of investments in PPPs: recoverable (which needs to be repaid to Fonadin in due course) and unrecoverable (which Fonadin will write-off).

Recoverable funding would typically include subordinated debt (debt with a lower priority for collection), guarantees and in some cases even equity, while unrecoverable funding usually involves financial support for studies, consultancy and subsidies to support PPPs that have a social and/or economic benefit, but which offer the prospect of only low financial returns.

The Brazilian Government’s Trade and Investment promotion agency, ApexBrasil, is wasting no time in actively seeking investors and suppliers through online ‘Brasil Infrastructure Forums’ for its Investment Partnership Program (PPI), which will invest in regional development, sanitation, sub-national infrastructure, railways and roads.

ApexBrasil’s forums are a good way of scoping opportunities in Brazil as they provide access to high-level keynote speakers, explain how the government and private sector in Brazil are dealing with the impacts of the pandemic on the economy, as well as what exporters can expect in the coming years  (inevent.com/en/Apex-Brasil/InvestinBrasilInfrastructure/hotsite.php).

Quantitative easing (or printing money in layman’s terms) has been a much-used government tool during the pandemic to pump liquidity into Latin American markets (and throughout the Western Hemisphere) and, as is being observed in the New Zealand context as well, the increased liquidity has driven interest rates down and pushed-up the price of property and shares, which is disproportionately benefiting the wealthy.

Latin America already suffers the deepest wealth disparity in the Western Hemisphere (10 per cent of the population own 90 per cent of the wealth) and with their intergenerational patrimony and the effects of quantitative easing, the region’s wealthy will mostly emerge from the pandemic as rich as ever, if not richer.

With an expected contraction in agricultural production across the Latin American region there will be unrequited demand from the moneyed classes for food and beverage products especially in premium categories, as well as increased demand for agritech services as the regional agriculture and horticulture sectors rebuild.

New Zealand Trade & Enterprise (NZTE) is the logical first port of call to identify opportunities in Latin America as NZTE have developed new strategies to deal with post-pandemic trade realities and their in-market business development managers can provide invaluable advice, contacts and support.

One of NZTE’s pandemic responses is Techweek TV, which is hosting 17 free online events (27 to 31 July @ techweek.co.nz and afterward on-demand @ play.stuff.co.nz) featuring NZTE experts and industry leaders in exporting and investing to help exporters to leverage digital technologies in order to compete internationally in a world where borders are closed.

The events include a session entitled ‘B2B e-commerce and the StartUp scene in Latin America’ hosted by Steve Jones, NZTE’s Latin American Regional Director, which focuses on how Latin American tech is impacting the world and how the region can become an ally for New Zealand companies.

Two other useful ports of call are the Latin American embassies in Wellington, which are all welcoming enquiries from potential investors & trading partners and New Zealand Export Credit, a business unit of Treasury’s Capital Markets Directorate, which provides exporters with financial guarantee and insurance solutions.

The new importance of the export sector in the post-pandemic world cannot be understated because international tourism in New Zealand (5.8 per cent of GDP & 8.4 per cent of total employment) has been dealt a king hit by the pandemic ($17.2 billion or 20 per cent of export income has been lost) and during the coming years the export and FDI sectors must urgently step into the breach to ensure New Zealand’s prosperity can be maintained while the effects of the pandemic wane and international tourism recovers.

The export sector proved it is up to the task after the United Kingdom joined the European Union in 1973 and New Zealand was shut-out of the market that had taken most of its exports for over a century, causing a severe depression in New Zealand, which only ended when the export sector rose to the challenge by diversifying its markets and adding value to products.

To summarise how we can best heal the breach, its worth reiterating Economic Development NZ’s advice that exporters can succeed in the post-pandemic world by being “connected, responsive, adaptive and fleet-footed” which combined with New Zealand’s enviable environmental and COVID-free credentials, will be an irresistible force in forging new export markets.