This case involved a dispute about employment status. Namely, the distinction between a contractor and employee. Employee status is the gateway to access various statutory entitlements including holiday pay, minimum wages, KiwiSaver, parental leave and the personal grievance procedures. There are legal tests that allow the Employment Relations Authority (“the Authority”) and the Court to make decisions regarding whether somebody is an employee or contractor. In short, this assessment requires the Authority/the Court to determine the real nature of the relationship.

Mr Leota is a member of the Samoan community in South Auckland. He approached Parcel Express through a contact at his local church. Parcel Express advised Mr Leota that if he came to work for the company he would need to buy his own van, the van would need Parcel Express signwriting (which cost about $2k and was at his expense), that he was required to pay a bond of $2k and that he needed to sign a contract. Mr Leota did not have a GST number and had no idea what one was.

The Court applied the legal tests and relevant legal considerations, including – section 6 of the Employment Relations Act 2000 which provides the meaning of “Employee”, principles established in Prasad v LSG Sky Chefs New Zealand[1], along with other relevant case law.

The Court emphasised that the judgment did not mean that all courier drivers in New Zealand are employees. However, Chief Judge Christina Inglis specifically remarked that there is no presumption that whole categories of workers are independent contractors, which is a statement which warrants serious consideration given the fact that certain industries are based on contractor arrangements e.g.– taxi drivers, courier drivers, etc.

While this decision applied to Mr Leota’s status only, it is an important reminder for employers to think very carefully about contractor type arrangements in their business, and this case will no doubt be relevant in terms of future litigation in respect of matters involving contractor and employee disputes.

If you have any doubts about the categorisation of workers in your business, or would like legal advice on your particular scenario because you are concerned about the potential legal implications, then please contact EMA Legal – Liaine.Warneford@EMA.CO.NZ 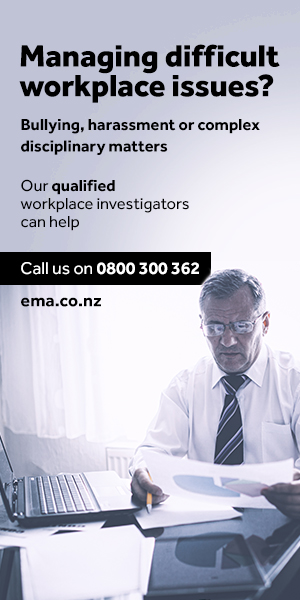