We were pleased to be joined by Peter Elder earlier this month who shared some fascinating insights about his time with the EMA and becoming an EMA Life Member in 2021.

Can you share a bit about yourself, your background, and your career highlights?

Following the completion of an honours degree at Waikato University, I worked for central Government between 1978 and 1987. I worked initially in the area of maritime policy and then human resources (then known as Personnel and Industrial Relations). A key highlight was my involvement in setting up the Airways Corporation during the period of significant change which was introduced between 1984 and 1987.

I joined the Auckland Employers Association (AEA) in 1988 having arrived in Auckland just as the 1987 share-market crash occurred. The following years were a period of extreme market stress, including high interest rates, high inflation (11%), high government debt (54% of GDP) and high unemployment.

My position was that of an Industrial Advocate, assisting the local Government and health and education sectors, with collective bargaining and other matters such as Personal Grievances.

I negotiated New Zealand’s last registered Award on the 14 May 1991. The following day, the Employment Contracts Act 1991 was introduced, which significantly changed the New Zealand industrial relations landscape. I am of the view that that change resulted in the introduction of human resource strategies and change processes that significantly enhanced the business sector in New Zealand.

I then left the AEA in 1991 and went to work for Auckland City Council for nine years as their HR Manager. During those nine years, I was a Board Member for the AEA initially, and then subsequently the EMA when the AEA amalgamated with the Manufacturers Association (MA) to form the EMA. Following that, in 2002 I joined the EMA as a consultant.

When you worked as an employee with the EMA from 1988 – 1991, can you give us some insight into how the business operated during that period compared with today?

The EMA as it exists today, was not in place between 1988 to 1991. The AEA and MA were separate entities.

The AEA was an extraordinary place to work and without doubt those were the happiest days of my working career. There was a very high degree of interaction between the employees within the organisation (such that we largely became personal friends) while at the same time we shared a very close relationship with the other regional employer entities throughout the country. For example, we had an annual national conference which included employees of all the regionally based employer entities.

The AEA was of course a relatively straightforward organisation which had as its sole aim the representation of employers in collective bargaining and personal grievance matters. From 1989 onwards, the organisation began to look at other sources of income, which included the introduction of a range of training courses.

From the point at which the AEA and MA amalgamated (which was a very good decision), the organisation began to change given that you had, initially, two different cultures coming together to form the new entity. This also led to the organisation becoming more compartmentalised with separate departments undertaking different activities.

The book ‘Wealth Makers’ (which I have read three times) is an exceptional treatise on the history of the organisations, their development, the amalgamation process, and their reason for being.

What role did you take on when you worked with the Auckland City Council in the 1990s?

Initially, I commenced as Employment Relations Manager (in 1991) which did not include responsibility for training and development. From 1992, I was given responsibility of the whole HR function including the management of the Council’s Quality Improvement programme.

I found the Council to be very business-like and innovative in those years. A key driver of mine was success around a range of key measures, including employee satisfaction and EEO.

How did your time with the Auckland City Council compare with your time on the EMA board?

I was an employee of Auckland City Council as HR Manager during the period that I was a Board Member with the AEA/EMA.

I can say however that my time on the Board, given the amalgamation of the AEA and MA, was extremely interesting on many fronts. This included the fact that you had two separate lots of Board Members coming together who needed to attune themselves to the fact their previous entities had disappeared.

Another interesting point of vigorous debate and discussion was the establishment of the new employee structure of the two amalgamating entities.  This led to some very interesting Board meetings.

When you returned to the EMA as a Board member, how had the business changed compared with a few years earlier?

I was a consultant during 2001 and then reconnected with the EMA as noted earlier, in 2002. When I left Auckland City Council at the end of 2000, I also resigned as a Board Member of the EMA. I did do some assignment work for the EMA in 2001.

The most significant change during 2002, for the EMA, was the decision by the Board in that year to contract out the IR/HR and legal services departments. This was a significant change for the organisation. The affected employees were given the opportunity re-join the organisation as contractors. Only a small number of employees took up that opportunity.

Did you carry out any other roles within the EMA when you returned?

When I returned, my role was to undertake consulting activities as required by members. I also led several courses and was also regularly retained as a speaker at various conferences. Up until 2019, myself (and one other consultant), regularly gave HR support to the organisation and CEO.

How do you think the EMA is managing in the current business climate?

The current business environment, is, and will continue to be, very challenging.  There are shades of 1991 and 2008 arising again. We also have a Government which places little faith in business, and which constantly loads costs on to it.

On the whole, the EMA is well placed in my view to assist its members with facing those challenges. A key challenge for the EMA itself going forward will be retaining high-level talent with the corporate knowledge and experience which can translate into very high ongoing member satisfaction.

What piece of advice would you give to business owners today?

What did becoming a Life Member of the EMA mean to you in 2021?

I have been lucky in my career to have had a few good pats on the back (notwithstanding some setbacks). I consider the granting of an EMA Life Membership to be of great personal significance and satisfaction.

What’s next on your journey?

I now divide my time between personal fitness, musicianship, motor homing, ongoing business and organisational research and other related home duties, as instructed. I am currently based in the Bay of Plenty but will be returning to Auckland soon. The key next step for me remains under consideration. 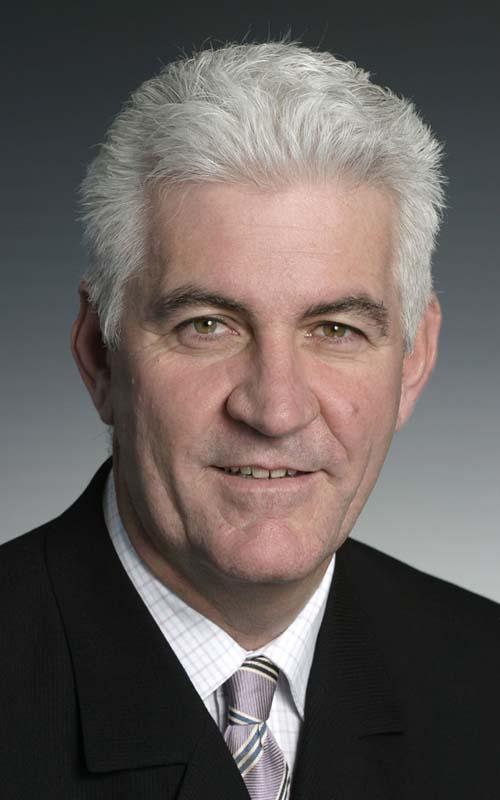